Salare, one of the restaurants from Eduardo Jordan, James Beard Award’s best chef: Northwest, is a restaurant in a little neighborhood of Seattle called Ravenna. Not only is this one of his quality restaurant locations, but just down the street (that we walked on down to see after our meal) is June Baby, James Beard Award Winners 2018 Best New Restaurant (as well as chosen by Food & Wine. Additionally, the owner, Eduardo Jordan, was also previously chosen as Food & Wine Magazine‘s 2016 Best New Chef, and won other awards. So that was plenty of accolades to make me want to make reservations here.

Back to Salare… It is a chef-driven, neighborhood restaurant, with a variety of unique dishes that are so interesting and creative. I love that the restaurant name is defined on their website:

salare, v. to season; to salt; to preserve.

As my sister (a non-foodie) lives in Seattle, we also invited her friend Meredith (a total foodie) to enjoy all of the dishes together. (Who doesn’t love extra foodie opinions, and the opportunity to order extra dishes to share!)

(Note: As this menu is seasonal, the one being posted about here may not be there when you go.) 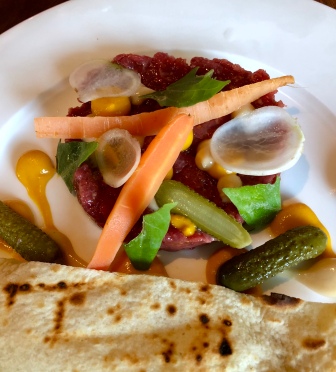 First, we started with the Lamb Tartare. It had a great level of seasoning, as well as paired well with the crunchy carrots and toasted flat bread.

Also for an appetizer, we ordered the Burrata. (Who doesn’t love cream rolled up inside of mozzarella?!?!) It was served alongside heirloom tomatoes, fresh peaches, and falafel, topped with a scallion top verde. 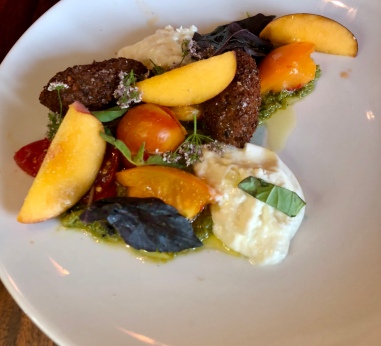 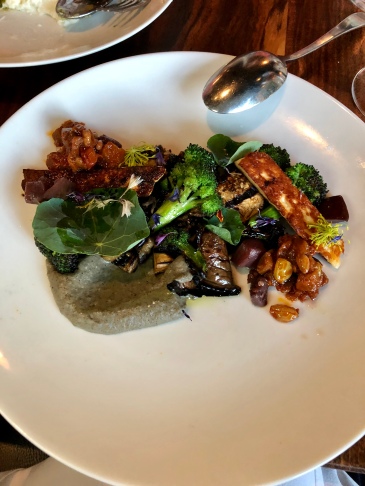 We also wanted some green, so we ordered the Broccoli dish.  This had a lot of complexity, including halloumi cheese, eggplant, pine nuts, and caponata.

We decided to also share two entrees. The first one was the “Casarecce” (which is technically the shape of the pasta, but they also name their dishes by the main ingredient.) The kale pesto coated the combination of fresh pasta and king trumpet mushrooms, then topped with hazelnuts.

I recommend heading just north of the city next time you go to really get a feel for Seattle and its food scene.

Here are some other great links/articles on the restaurant and Chef:
Food & Wine Best New Chef
On being Black in the Kitchen…
Food & Wine – Consider Seattle a Restaurant Destination

I am a full time food lover, and full time elementary assistant principal. I love cooking and eating beautiful food. View all posts by roastnrelish